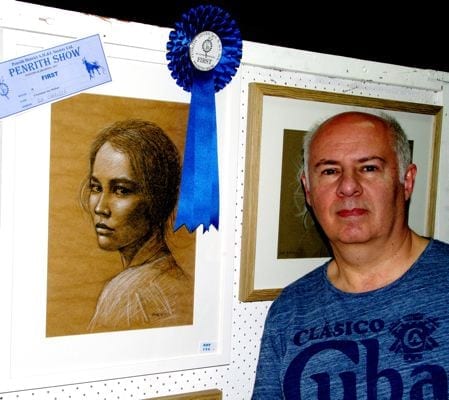 Gus studied at the Julian Ashton Art School where he won the Sydney Mechanics School of Arts scholarship in 2012 and was awarded the Henry Gibbons Drawing prize for 2012.

He received a Diploma of Fine Art from the school at the end of that scholarship year.

He enjoys working in watercolour, pen and ink, charcoal and has a passion for portraiture.

Following his passion for watercolour, Gus attended a Charles Reid Watercolour workshop in France in 2012.

Gus was recently awarded 2 first prizes for Portraiture and Drawing at the 2017 Penrith Show, and a Highly Commended Council award from the Penrith City Council for Portraiture in 2016.